The Scottish Natural Heritage (SNH) is a government funded organisation which promotes and cares for Scotland's natural heritage. Its wildlife, habitats, landscapes and natural beauty.

The aims of the organisation are:

Back in August 2007 the IT team where looking for a solution which would allow them to monitor their infrastructure across their sites, the length and breadth of Scotland. This centralised monitoring and alerting should allow them to react to issues quickly, and as a government run organisation fulfill their need to provide up time and issues reporting. 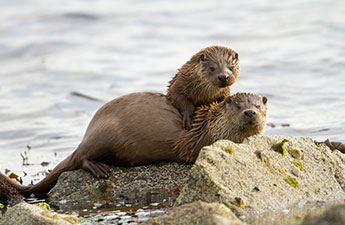 After discussions and demonstrations from the Mutiny team the decision was made to purchase. They installed two elements, the Mutiny appliance and the reporting solution. Donald continues: What appealed to me at the time was the fact it was an appliance type device and the price was very reasonable.

The installation took around a day and half with Mutiny's technical teams visiting site, installing, configuring and training the team.

Since 2007 there have been many changes in the physical infrastructure and in the way the network operates. As an example, when Mutiny was installed the SNH were running servers on each site, since this time they have consolidated most of these into their data centres as virtual servers. Mutiny has coped with this and flexed with the needs of the organisation. Now the Mutiny appliance itself is virtualised, and runs as a part of the infrastructure as though it was a physical appliance.

The Scottish National Heritage (SNH) now has around 40 offices supported from their two data centres in Inverness and Edinburgh. Mutiny is used to monitor around 125 network devices including the full range of normal infrastructure: Switches, Routers and Servers.

The organisation currently relies on two distinct sets of alerting systems, Mutiny provides the overall view of the network whilst specialised, application specific software monitors the individual devices in more detail. The two systems run together and provide a â€˜belt and braces solution' for SNH. The individual device monitoring does allow for more in-depth, device specific reporting but the Mutiny allows them a single, centralised view of their entire network. Donald Ingram added: These solutions provide multiple layers of alerting for us, but from a networking point of view there is only one system that can keep an eye on all the network devices, and that's Mutiny.

The Mutiny dashboard is used to monitor the infrastructure across Scotland; this informs the team of any impending issues and failures. It also simultaneously emails the team to warn them. Views generated by the system allow the helpdesk team to drill into issues and see sections of the network in more detail.

Mutiny's dashboards allow the team to see a single view of their vast network. They also provide the ability to share issues with the local teams in the form of a â€˜snapshot' view which the local engineer can then drill into for further information.

Mutiny removes the need to visit individual devices to check their status. The use of SNMP, means they can identify issues that are affecting performance and when there is a chance of failure. This allows them to rectify issues before they escalate.

Donald concluded: Before Mutiny we'd often find out about a problem well after the event, with Mutiny that perspective changed, so we actually get a heads up when things are happening.

The ability to then drill into a device and see issues allows the team to quickly react and access the devices directly for more in depth information.

Reporting is also important to the SNH. As a public body the organisation needs to report on network uptime and failures monthly, quarterly and annually. The reporting aspect of the Mutiny solution allows them to quickly report, as often as required up to the senior management team and identify the devices which have caused the issues. This has removed a lot of the manual processing required and made these reports more accurate as human error doesn't creep in. Regular reporting also tell the senior teams when devices are becoming un-reliable and potentially need replacing.

Overall, the Mutiny solution has assisted the SNH in monitoring its infrastructure even over a wide geographical area. It has also taken the pain out of reporting, providing accurate information for the management when it is required.

It is almost a decade since the system was installed at the SNH. During this time the infrastructure has undergone some vast changes, but the Mutiny system continues to perform keep SNH aware of, and ahead of their issues. Andy Murray, Technical Director at Mutiny said: The Scottish National Heritage's use of Mutiny shows just how capable a solution it is. Running as an appliance or virtualised it is capable of monitoring and reporting across an estate of any size.