Vue Entertainment International (Vue) is one of the leading cinema operators in the world and a pan-European market leader. Vue operates 1,741 screens at 187 state-of-the-art cinema locations in nine countries. Typically, each cinema is a live environment for 18 hours a day, 7 days a week for 364 days of the year.

For over a decade the Mutiny network monitoring solution has been deployed and developed across the UK operations of the multiplex cinema chain. The Mutiny system monitors network performance, audits network usage, alerts and analysis of root causes of faults as well as tailored reporting. The polling engine has been designed to collect all data from any size of network in less than a minute.

Mutiny is an easy to use, affordable and scalable network performance monitoring tool, which provides sophisticated visibility of network health without the cost or complexity of alternative products.

These claims are substantiated by Vue who additionally cite ease and speed of implementation, rapid response when support is required and even speed in development,both in core product releases and in the writing of customised solutions.

Digitisation of the cinema industry

The year 2007 saw the arrival of digitisation for the cinema industry. Reels of 35mm film were replaced by digital cinema-projection systems, consisting of a projector to display the image, a server to store movies and a media block to decrypt and decode the film content. 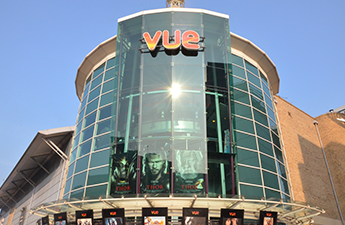 nes, Executive Director, Technical Services at Vue was highly confident in the technical skills of the Mutiny team. Jones championed the UK-based business, making the case for Mutiny to provide monitoring of Vue's conventional IT assets along with those of the digital-projection equipment. For example, the monitoring extends even to projector lamps, which means that when one fails to fire or requires replacement, members of cinema staff are alerted and can quickly rectify the issue, combatting the need to refund disappointed cinema goers.

This particular project therefore involved the development of radical, bespoke polling software capable of integration with advanced digital cinema packages. Since its inception, Mutiny has put client needs at the heart of developing its core product features and its series of add-on modules.

Mutiny set about writing custom polling technology for the additional devices and integrating them with the existing servers. The resulting solution sits on top of a basic auditorium-status monitoring tool provided by the digital cinema system manufacturers and offers comprehensive, centralised performance management of the entire network. It is charged with monitoring critical elements that underpin business operations. This allows managers to react quickly and appropriately in the event of a fault.

There were two occasions on which Mutiny was required to develop specific polling software; following initial digitisation and when the cinema operator changed equipment supplier. Mutiny CTO, Dr Andy Murray, explained that Vue's second roll out of digital-projection equipment presented some challenges:

Vue's initial digital projection rollout involved Barco Projectors and Dolby equipment. Both of these vendors support the industry-standard SNMP protocol so it was relatively easy to create software adapters to read their management information and integrate it into our product. However, when Vue started rolling out the Sony equipment we had to think again. The large scale adoption of Sony 4K projectors meant it also became necessary to gather data via the Sony Cinewatch management interface. We developed a brand new engine to poll the entire estate using custom Web services. With some fine tuning, we are very proud that the data-collection time from every screen in every Vue Cinema across the UK is down to only two minutes, meaning that any faults detected can be quickly addressed.

Lawrence Freeman, Operations Director at Mutiny, commented: We have deployed a solution that meets the unique technical challenges presented by Vue's operations. Our team really got to grips with developing our monitoring solution to give Vue a high performing customised service that is now used throughout their estate.

Jones added: Mutiny is the cornerstone of our operations, polling around 5,000 devices across the UK. The people and processes that support our cinemas rely heavily on the network monitoring and alerting tool. We simply could not manage an estate of this size without the level of centralised automation and clarity of infrastructure that Mutiny affords us.

The Mutiny solution has recently been rolled-out to Vue Poland with operations in Italy and Germany under review and likely to follow suit.