The Pirbright Institute is a world leading centre of excellence in research and surveillance of viral diseases in farm animals and viruses that spread from animals to humans. Established over 100 years ago, the company celebrated its centenary in 2014. Pirbright has grown over the years to become one of the UK's leading virus diagnostics and surveillance centres.

Mutiny first engaged with the institute in 2012 when their IT infrastructure was being managed by an external business. It was decided to bring this management in house and Mutiny was engaged to provide the monitoring for its sites.

The company's systems support a staff of around 500 individuals working on a network consisting of many different technologies, both hardware, software and operating systems. The institute requires a monitoring solution that supports them all and one that will alert the team of three engineers to issues before they escalate.

Aaron Street - Network System Analyst at the Institute has configured Mutiny to provide comprehensive monitoring across their whole estate. Aaron said: It's nice to have one easy to use system that everyone can make sense of as a first port of call without the need to query each device individually on its own proprietary software. 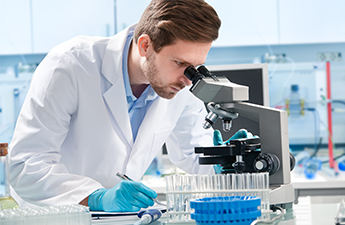 The Mutiny system currently monitors 250+ nodes consisting of amongst other devices: switches, physical and virtual Servers (monitored fully), JANET links, routers, Check Point firewalls, ESXi servers and even video conferencing. These devices use a mixture of operating systems including a number of varieties of Linux and Windows. Where the device can™t be monitored in detail they are often monitored for uptime. The institute has a number of departments with dedicated servers running their own specialist software. Mutiny ensures that these are kept up and teams are kept operational.

Mutiny monitors critical systems data such as: CPU load, memory and disk usage as well as traffic data. In the event of a fault or issue Mutiny details the specific traffic level of the network at port level and displays where the issue is both within its dashboard and via email. This allows engineers to investigate and fix problems, often without any issue being apparent to the user.

The institute's infrastructure and business structure has undergone many changes since they first engaged with Mutiny. The largest change was the consolidation of the original two sites and corresponding infrastructure into one in 2015. The Mutiny system has coped with these changes and continues to support the IT team.

The use of Mutiny allows for a reduction in downtime and increases network performance. Mutiny allows for faster identification of potential issues and allows them to be rectified more quickly. This keeps the institute and its various departments operational and reduces the impact of down time.

Aaron added: We use Mutiny as our first stop, as a primary indication of what is going on within our network. When failures happen and devices go offline, Mutiny will quickly tell you what has gone wrong and where it's gone wrong.

This 'where' is key to fast resolution, with engineers able to quickly attend the location and resolve the issues. Once the initial identification has been done then advanced, model specific monitoring can dig further into the issues.

With an easy to use interface and configuration, Mutiny flexes with the changing needs of the network, supporting new devices as they are added.

Going forward there are plans to utilise Mutiny across more of the site systems. This includes implementing backup solutions in the form of new UPS units that can be monitored along-side the rest of the infrastructure.

Furthermore, the institute™s team are looking at ways to integrate Mutiny with their BMS solution and potentially their door access systems.

Lawrence Freeman, Director at Mutiny said The Pirbright Institute have been using Mutiny for a number of years now, and as their needs have changed we have supported them, flexing to new hardware and infrastructure configurations. We look forward to supporting them in the future and ensuring they are getting the maximum value from the Mutiny product.