The BFI (British Film Institute), founded in 1933, works across the UK to nurture the next generation of filmmakers, to expand education opportunities for young people and boost audience choice for film. The BFI also maintains the world's largest film archive containing more than 50,000 fiction films, over 100,000 non-fiction titles and around 625,000 television programmes. The charity operates its own venues as well as supporting other regional cinemas. The BFI also runs the Annual London film festival.

The IT team at the BFI were searching for a monitoring tool to replace the current solution, which was installed as part of their Citrix and Microsoft implementations. This had a number of issues but the main reasons for change were high licence costs and the complexity and time consuming nature of administration.

Latif Hussain, Systems Manager at BFI said: We had a scaled down monitoring solution in place, but the licensing cost was prohibitive and the management was time consuming. 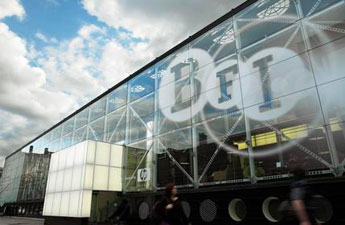 The BFI heard about Mutiny after attending one of the many events organised by partners. With a relatively small IT team of nine people across their four sites in London, Hertfordshire and Warwickshire they wanted a product that was easy to manage and support, that would monitor their core estate and allow them to pro-actively deal with problems before users were affected.

The chosen provider needed to understand the BFI's financial constraints as a public funded organisation and the implementation and on-going costs needed to reflect this.

Latif added: When we were talking to Mutiny it was easy to get them to understand our needs. We're not some big finance company or Telco, we are a charity which is government funded with limited IT resources.

The BFI has been using Mutiny since March 2008. The system monitors network technologies including: Cisco, Linux, Open VMS and Windows. It was installed to cover the organisation's infrastructure with particular attention to their core systems including financial applications, email and internal databases.

By monitoring these critical systems on the network and sending alerts to the IT team, BFI now has complete visibility and reporting of its IT assets. Training and setup were initial concerns for BFI, but these were quickly dispelled when the system was being installed. Mutiny installed the system in two phases and at each point the BFI IT team was able to shadow the engineers and gain an in depth understanding of its operations.

The BFI saw immediate benefits from the Mutiny solution with the IT team able to work more proactively when it came to dealing with issues on the network. Even as the network grows, and devices are added or exchanged the Mutiny system will continue to adapt to the technology and continue to support the BFI's network team.

It's alright building something into your environment but the question is sustainability - how good is the support, how much of that resource do you have to dedicate to that. With Mutiny, it has given us economies of scale and a cost effective solution. said Latif.

The BFI has since trialled a number of additional modules, and were surprised by the options available to them. SMS Alerts are high on their list of upgrades: Being pro-actively informed and alerted to any scenarios is going to be important which is why we are looking at SMS alerts. I think that will become quite important to us as we become more pre-emptive in our IT service delivery. Having that feature is a big plus. concluded Latif.

Dr Andy Murray, Chief Technology Officer at Mutiny said: The BFI was quick to see the benefits of Mutiny. Our easy-to-use, cost-efficient network monitoring tool helps them to pro-actively identify and fix issues before the user needs to contact them.