The National Housing Federation (NHF) represents 1400 independent, not-for-profit housing associations in England and is the voice of affordable housing. Its members provide over two million affordable homes for over four million people.

The Federation employs over 142 staff across England, the majority of whom work from their Holborn based offices. Upon moving to their new premises at Lion Court in 2004 the IT team were able to take a close look at the Federation's IT infrastructure. With network monitoring being an important part of this, finding a solution that was easy to integrate and use was of prime importance. 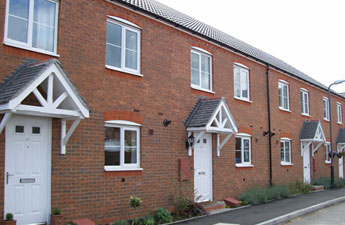 The National Housing Federation had four key requirements which any new system had to meet. It had to be easy to integrate into the IT infrastructure, and initial financial outlay had to be transparent with no hidden costs. Furthermore, return on investment needed to become apparent early on and the technology had to be easy to use because the IT department didn't have time for lengthy training sessions on complicated software.

Rob Green, National Housing Federation's head of ICT said: As with any decision that we make relating to our IT systems, we had to look at all of the options available. Our criteria were very strict. Due to our organisation's size, many of the network monitoring applications out there just weren't right for us they were either too complicated, took too long to install, or were much too expensive. We trialled Mutiny and found it satisfied all our needs.â€

Mutiny has the capability to monitor up to 50 nodes on the NHF's IT infrastructure. This includes the monitoring of all NHF critical servers including: email, corporate database and financial systems. The system also monitors the NHF computer network, including switches and routers and the BlackBerry telephony server.

The National Housing Federation has been using Mutiny since December 2005. In the years that the team has been using the appliance it has proved its worth many times over.

Deploying the appliance was easy because most of the configuration had already been done, it was a case of simply plugging the box in and, with minimum training time, seeing the results. Within half a day Mutiny had been integrated into the Federation's IT infrastructure and IT staff had been trained on how to best make use of the system.

One of the main benefits for NHF is how the Mutiny SMS text and email alerting capabilities have enabled the IT team to work more proactively when it came to dealing with issues. Network issues were alerted to the team before major problems occurred, preventing unnecessary downtime.

Mutiny monitors the network all day and every day. The Federation's IT team can feel confident that the Mutiny system is monitoring for potential problems around the clock.

Rob Green concluded: This is great because, if there has been a problem overnight, the team will have been alerted so that it can be resolved first thing in the morning.â€

Dr Andy Murray, Chief Technology Officer at Mutiny said: NHF was quick to see the benefits of our easy-to-use, cost-efficient network monitoring tool. Sophisticated visibility and reporting on IT assets enable organisations such as NHF to reduce inefficiencies and save valuable time.