Greenergy is a leading international provider of road fuel with offices in the UK, Canada, Brazil, USA and the Middle East. Far from being just a transportation business, Greenergy is involved in both the production and distribution of petrol, diesel and biofuels.

Most of Greenergy's services are provided on a managed basis, including stock management, scheduling, haulage and biofuel compliance. Customers include major oil companies, supermarkets, fleet users such as bus and logistics companies, independent forecourt operators and fuel resellers. 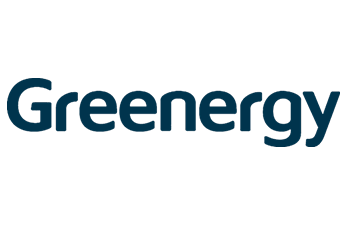 Greenergy needs constant access to its IT services, with network availability being crucial to ensuring that its products are delivered on time and within budget. With this in mind it has invested heavily in its infrastructure and now relies on centralised IT management from the UK. The Infrastructure teams based in London, Manchester, North Tees and Tamworth employ Mutiny monitoring and Restorepoint to ensure visibility and robust recovery of its various sites around the world.

Greenergy has been using Mutiny for its infrastructure monitoring system for over 10 years, but in 2015 the team wanted to add the ability to backup device configurations and they approached Mutiny to discuss their options.

Aigars Karveckis, Infrastructure Analyst at Greenergy said: We were previously with a different supplier for our network infrastructure, and as part of their offering was a tool that allowed us to backup all our switch and router configurations. We were exploring the potential for an inexpensive in-house built Linux based solution such as Rancid, but the cost in terms of man hours and configuration time was inhibitive. Mutiny recommended Restorepoint, a solid polished product that allows us to achieve exactly what we require.â€

Mutiny discussed the team's needs and suggested a combination of extending its own monitoring platform and adding Restorepoint that would give Greenergy the ability to automate multi-vendor network configuration backup, improve compliance, and through its integration, enable asset tracking information collected by Restorepoint to be displayed in Mutiny.

Aigars added: Apart from backing up the configurations of the routers and switches, Restorepoint provides a live inventory and asset management tool capable of acquiring the serial numbers and firmware systems versions. We can also associate the sites and locations to determine where these devices are allocated and organise them accordingly.

Mutiny allows Greenergy's team to centrally monitor their infrastructure, with connections to 500 nodes across the worldwide network. Restorepoint adds a further layer of security, backing up the configurations of around 100 critical devices.

Andy Murray from Mutiny said: When we heard about Greenergy's additional requirements we knew immediately that Restorepoint was the solution they needed. The combination of our comprehensive monitoring and the Restorepoint configuration backup solution gives their team both broad visibility across their infrastructure and the peace of mind to be able to restore and roll back configurations.

Alerting allows the Greenergy team to see immediately when devices are down or in trouble. Email alerts are directed to localised support teams who can respond 24/7 and ensure their sites and overall network continue to function as required. As with the example given, when replacement of device is required, original configurations can be recovered quickly to get the network back up and operational.

In addition to the ability to backup device configurations Restorepoint acts as a change management safety net. Aigars said: Before using Restorepoint, if we were to encounter a problem with a configuration change, without this backed up recovery was difficult.

The ability to quickly rollback allows test configurations or configuration updates to be performed without the traditionally associated risks. Aigars continued: Restorepoint allows us to choose a point in time and compare the changes that have been made. This allows us to trouble shoot and identify which change has caused the issue.

The team at Greenergy have been using Mutiny and Restorepoint together since 2015 and the intention is to expand in the future to use more built in features.

Aigars said: We are currently using Restorepoint to provide us with network device configuration backup. We are now exploring using the product for compliance testing with its ability to update software and operating systems.

Andy Murray from Mutiny said: Though Greenergy have been using the combined Mutiny/Restorepoint solution for a number of years, which fits their current requirements. As the business continues to grow, I know that the further functionality available will become increasingly useful, and Mutiny will be on hand to talk them through the add-ons and the best ways to use them.

To find out more about Mutiny visit the site here, if you would like to talk to us about Restorepoint and how it can benefit your business get in touch.