Greenergy is a leading national provider of road fuel which in 2014 supplied 15.6 billion litres of petrol, diesel and biofuel globally. In the UK, Greenergy supplies more than a quarter of all road fuel and was recognised as the 13th fastest growing UK Company in the Deloitte & Touche Indy 100 Awards.

Most of Greenergy's services are provided on a managed basis, including stock management, scheduling, haulage and biofuel compliance. Customers include major oil companies, supermarkets, major fleet users such as bus and logistics companies, independent forecourt operators and fuel resellers.

With offices across Europe, Greenergy needs constant access to its IT services to ensure that its products are delivered on time and within budget. The company coordinates the precise movements of raw materials across the continent which involves numerous information â€˜handshakes' - from super tanker captain to chemical engineer â€“ the breakdown of which can result in unacceptable delays to getting the refined product to market. 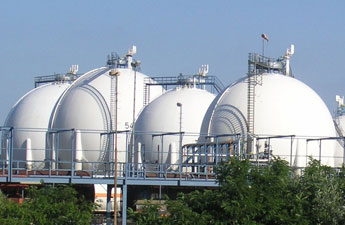 Like many SMEs, Greenergy found that installing and supporting large network monitoring solutions was prohibitively expensive. So, as a result, Greenergy found themselves effectively running a â€˜fire-fighting' policy of identifying problems after they had happened and trying to fix them as quickly as possible with minimum disruption.

Like many other fast-moving organisations, we found ourselves constantly waiting for our IT services to catch up, said Tamara Earley, managing director of Greenergy's UK Fuels business. We could only react to problems as they arose but inevitably there were times when this caused inconvenience to our staff and potentially our customers. For a company which has grown on the back of excellent service, this was an unacceptable position to be in.

Greenergy decided to look at ways in which they could manage their networks. They wanted to find a solution that could mitigate operational and financial risk to its business and optimise its IT efficiency.

The company was faced with a bewildering array of products. Not only were these systems expensive, but they also required expert technical knowledge that would have required additional headcount.

Greenergy chose Mutiny networking performance tools as a cost-effective solution that would be easy to deploy. Mutiny is the first product to be launched as a pre-configured plug-and-ping network appliance. The unit is simply plugged into the network and the whole system is typically up and running in about four hours.

With no need for specialist programming or hardware knowledge, the product also benefits from being one of the few web-based interfaces of its kind. It easily integrates with existing systems and offers those responsible for managing the networks secure access from any remote Internet connection.

The Mutiny system monitors critical systems on the network and sends email and SMS text messaging alerts of potential problems or service failures straight to the senior IT team.

The ideal network monitoring system provides focused information to IT staff in a manner that makes their job easier and faster, explains Mutiny's Chief Technology Officer, Dr Andy Murray. In Greenergy's case, the time taken to isolate a problem's root-cause, which traditionally accounts for 70% or more of the time taken to rectify the problem, is almost immediate -resulting in much happier end users.

There is a direct link between the success of a business and its ability to effectively access data and transfer information to those who need to know, including customers. When you consider that, on average, a desktop server fails three times a year with the typical downtime of six hours per failure, an average sized company loses about Â£13,000 per server, per annum.

For Greenergy the return on investment was almost immediate. The cost of the first year's operation of Mutiny equated to the amount of revenue lost when one out of its eight production servers was out of service for three hours in a single year.

Before it deployed Mutiny, Greenergy was experiencing, on average, half a working day of service failure per month. In the first three-month period with Mutiny monitoring its network, Greenergy had only one hour of service interruption following an air-conditioning unit failure that resulted in the precautionary power-down of a â€˜running hot' switch.

Wasted time locating problems has also been dramatically reduced. In one instance, Greenergy's IT department was able to inform its Tier-1 ISP's Helpline that it had a failure on its London/European gateway router before they knew themselves.

Andy Murray concluded: Customers, partners, staff and suppliers expect faster and more reliable systems. Companies need to have a monitoring system that is easy to use, rapid to deploy, requires minimal new skills and offers real value for money. Our customers, such as Greenergy, are benefiting from the Mutiny system within days of it being deployed.