Endsleigh was originally founded in 1965 and created by the National Union of Students (NUS) to negotiate preferential insurance rates for students. Since then, the company has grown to become the leading provider of insurance for students, graduates and young professionals.

The company employs over 1000 employees across the UK with its headquarters in Cheltenham, Gloucestershire and is proud to be the first insurance service in the country to gain accreditation from the Chartered Insurance Institute for its sales staff.

With an IT department of just 45 people, and about a quarter of those involved in troubleshooting, Endsleigh wanted a network monitoring system that was equally efficient and cost effective. They did not want a network monitoring system that would bombard them with unnecessary information and they did not want a team of people sitting around whose sole purpose was checking machines every five minutes. 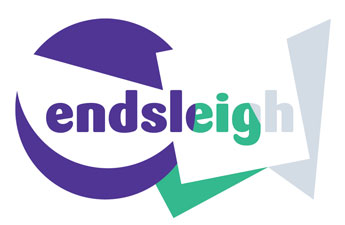 Endsleigh required a critical device system that would tell them what they needed to know. This needed to be an easy to use system, with no hidden costs and a quantifiable return on investment. The company had tried other, more high profile, solutions but the Mutiny Critical Services Monitor gave them what they wanted.

Trevor Jones, Endsleigh Insurance's senior technical analyst, said: "Networks are so much more reliable these days. We didn't need to be checking them every five minutes. With Mutiny you assume that the critical services and networks are doing everything they should, the appliance will certainly tell you if they're not."

Endsleigh chose to deploy the Mutiny system to monitor all its back end servers, web servers, core switches and routers, as well as its critical VOIP telephony servers.

Mutiny monitors Endsleigh's network performance, audits network usage, alerts and analysis of root causes of faults as well as tailored reporting. It is easy to use, affordable and scalable and provides Endsleigh with sophisticated visibility of its network health without the cost or complexity of alternative products.

Trevor Jones said: Mutiny answers the important questions like: is the server up? Is it functioning properly? Is it running out of space? The email and text alerting system allows us to track where faults are occurring, preventing unnecessary downtime.

Deploying the Mutiny appliance has dramatically reduced inefficiencies in the Endsleigh IT team, who can now take a much more proactive approach to systems development. As a result, Endsleigh is already 25 per cent more efficient because employees are no longer tied up trying to find the source of problems on the network.

The system also enables Endsleigh to target potential problems before they occur.

Trevor Jones added: "The Voice VOIP servers are monitored externally but Mutiny has consistently enabled us to identify any issue before it happens. Prevention is better than cure. For instance, you don't want to run out of network space. Mutiny enables you to take action before an issue becomes critical. This has enabled us to adopt a more proactive approach. We're now much more efficient and cost effective.

Mutiny Chief Technology Officer, Dr Andy Murray, said: "We are only too aware that cost implications are one of the most important factors in key IT decision making. At Mutiny we have taken this on board and have provided a network monitoring application that is affordable and easy to deploy.

"Businesses such as Endsleigh, which deal with large numbers of customers will quickly see the benefits of using the Mutiny appliance. The IT team's ability to work proactively is key to the overall success for any business. Unplanned downtime can be very costly indeed and, put simply, Mutiny can stop this happening."